Warlords – Crystals of Power is one of Net Entertainment’s newest creations, released in late 2016, and while the game’s still relatively new, it’s impact on the Video Slot industry has already begun to emerge; players love the game, and the dynamic range of features and bonuses on offer make playing a varied, unexpected, and exciting experience. 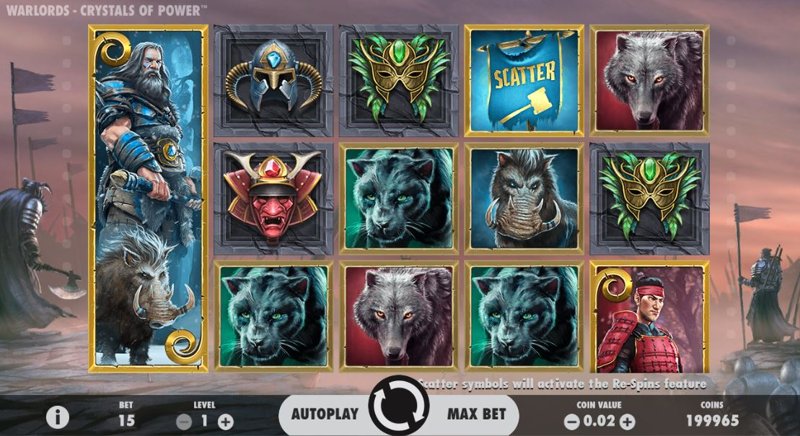 The game itself is a 5 reel, three row setup, and it uses 30 pay lines; these are fixed, and cannot be changed by the player.

The general theme of the game is set around a battle for power, with three different Warlords battling it out for power. You’ll see all three Warlords as stacked symbols on the reels – the high-paying symbols – and their pets, and masks make up the remaining symbols.

The wild symbol is designed to look like three coloured Gems, built into a Gold piece of jewellery, and the scatter symbols are three different-coloured flags; Green, Red, and Blue, each representing one of the Warlords. 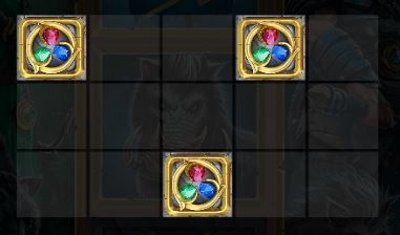 During the base-game, once you’ve pressed spin, you may randomly be awarded one of the random overlay wilds.

There are three available, and the details of what these random wilds do, is as followed:

By far the biggest highlight of the game is the free-spins bonus, and this is triggered by landing three of the same-colour flag on the middle three reels.

Now before we look at the feature, there’s a couple of things to note:

Once you’ve managed to land the feature, your free-spins will begin, and the free-spins differ depending on the colour of the scatter symbol you land. The three types of free-spins are detailed below: 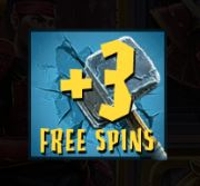 Land the blue scatter symbols, and you’ll be awarded nine free-spins, with only the Barbarian and the low-paying symbols on the reels. 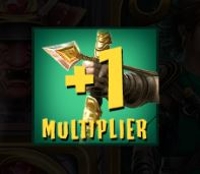 You can’t re-trigger these spins, but you can reach quite a high multiplier, by landing more green scatter symbols during the free-spins. 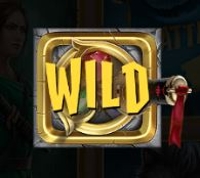 By far the most profitable of the free-spins bonuses (and the hardest to get), the Samurai Free Spins lock the red scatter symbols in place, which turn wild, and stay for the remaining free-spins. It’s possible to have anywhere from 3, to 15 (a full screen) covered in these sticky wilds, and generally, this bonus will always pay well – it’s landing it that’s the hard part.

As the scatter symbols turn into sticky wilds, you can’t re-trigger any more free-spins, and are stuck with the initially-awarded 5.