Alaxe in Zombieland might just be the most creative slots name we have seen to date. Obviously a zombie-fied spin on the famous Lewis Carrol novel, Alice in Wonderland, this slot brings together two of the most contrasting worlds possible to make what might just be one of the most entertaining games – in terms of theme, at least – we have come across. 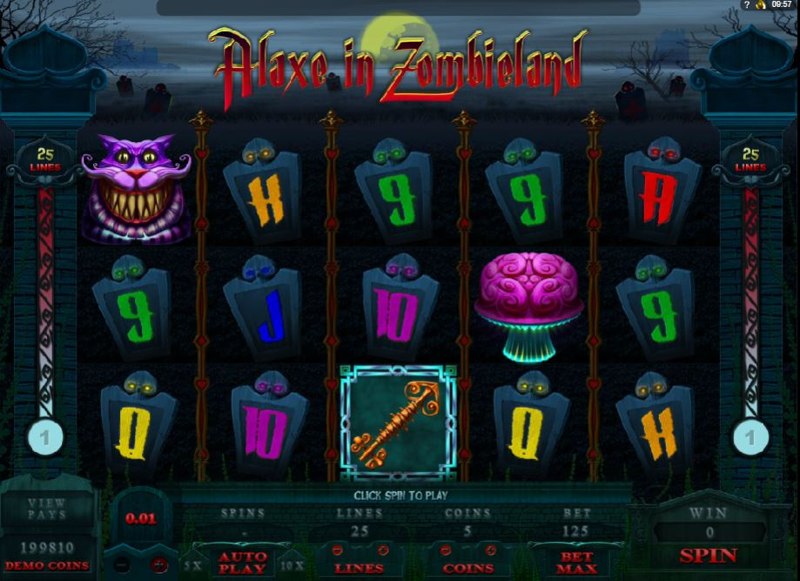 The game sees a welcome return to the Microgaming portfolio of the 5 reel, 25 payline game that has been so successful over the years. Included are features such as multipliers, wild symbols, scatters, and a bonus game, making it one of the more feature rich games from Microgaming.

The game is almost literally a spooked up double of Alice in Wonderland, and all the characters have been given in a slightly darker side, shall we say. Alice looks like a really mean little girl, as if from one of those horror movies. The mad hatter and green goblin have been pimped out to be as scary as possible as well. We just want to end this section mentioning how good the slot looks. They have managed to get the colours and characters spot on, without overdoing the zombie effect. 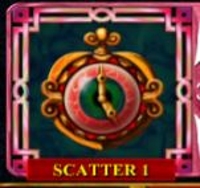 The scatter symbols are where the majority of the game’s action will take place, and there are three of them to keep track of.

The first scatter comes in the form of the Tea Party scatter. You need to pick up three or more of these on any of the first three reels. Once you have done so, you will be asked to choose between one of the three scatters. 14 teapots will then appear on the screen where you can then pick away, with each containing a range of multipliers and bonus amounts. 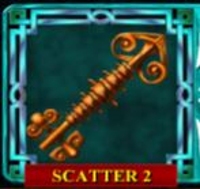 The second scatter is the Red Queens Adventure scatter and you need to pick three of these on reels 2, 3 and 4 to activate this bonus round. You will be greeted with three tombstones to pick from and once selected the next step will be to choose from 5 white roses. The tombstone will be given a value and it’s up to you to make sure three of your picks are at least equal or more than the total value of the tombstone. If so, then you will be able to move onto the next tombstone.

Successfully getting through each tombstone will allow you to enter the escape level 6. Here you choose from 6 doors that give you a multiplier amount of your total winnings. 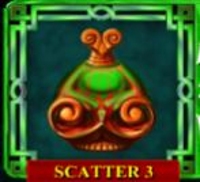 The final scatter is the Gravestones feature and is a little more straightforward than the other two.

Basically, you need to get three symbols on the 3rd, 4th, and 5th reels before then being moved into the bonus round.

Once in you simply pick from any of the gravestones on screen before being awarded a prize. The round finished when the collect button appears.