Kings of Chicago is a first for Net Entertainment, as they’ve opted to combine the popular game, Texas Hold’ Em, with a Video Slot. At first, it sounds a little odd; there’s already hundreds of Video Poker games out there – how would a Video Slot be any different?

But, as you’ll soon see, Kings of Chicago manages to pull off the Texas Hold’ Em theme just perfectly, and with great base-game wins on offer, alongside an exciting bonus-round, Kings of Chicago is a perfect crossover for players who enjoy Poker, and slots. 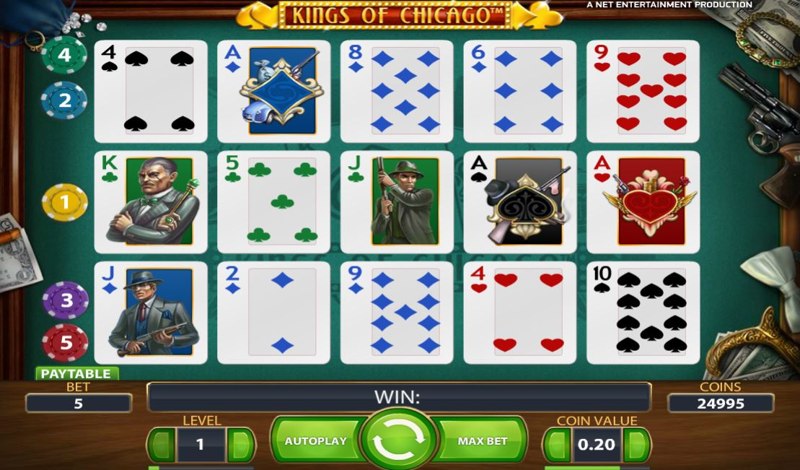 The game itself uses five reels and just five pay lines, but don’t think that’s any reason for disappointment – in fact, as you’ll soon see, Kings of Chicago is really in a league of its own, both in terms of the way it plays, AND in the profit-potential the game offers!

This 1930’s ‘backroom card room’ inspired slot combines the dangerous, unforgiving world of mafia gambling, with a modern-day touch, and you’ll see this through the design of the game; set on a green felt, there’s chips, banknotes, and… oh; the gun.

While simplistic in design, it’s the way the game plays that makes it so appealing; more on that in just a moment.

Kings of Chicago is also designed to be used on mobile devices, which means phone and tablet users can load and play the game without any issues, thanks to Net Entertainment’s HTML5 technology, which ensures all of their titles run smoothly in most mobile Internet browsers. 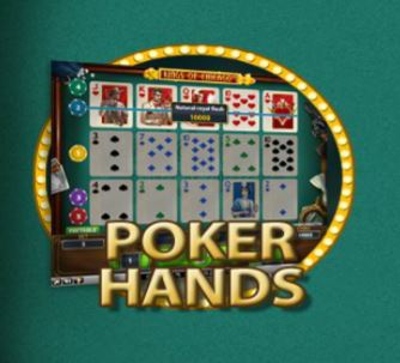 Kings of Chicago refers to a spin as a “deal”, and each deal sees the five reels filled with playing cards, from 2 through Ace. There’s also a Joker, which, when part of a win, doubles the win in question. To keep the gameplay simple, and to stop players getting headaches, the reels don’t actually spin; instead, an arm-less hand deals the cards, as though you were playing a Casino Table Game, and like most Net Entertainment games, there’s a “Quick Spin” option, if you find the speed of play a little slow for your liking.

Just like in Texas Hold’ Em Poker, Kings of Chicago uses Poker hand rankings to determine a win, although there’s a few added hands. The hand-rankings to look for, in order from low-paying to high-paying are as followes: 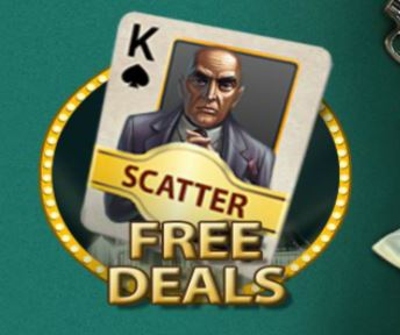