Given the huge success of Thunderstruck, and of course the continuing success of Thor at the cinema, it was inevitable that Thunderstruck II would be created. The game remains true to the Norse mythology that made the original game a success but attempts to move it on in a number of ways. The range of Norse tales has been expanded with the addition of characters like Valkyrie, Loki and Odin. 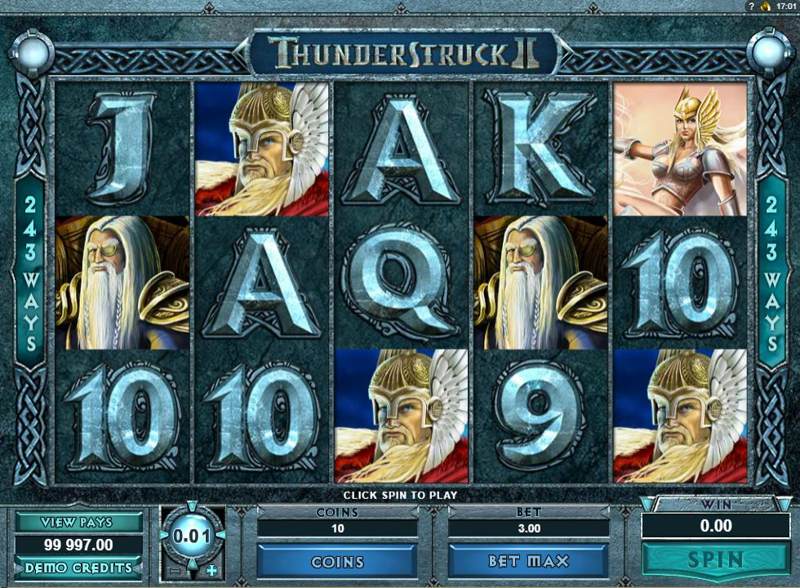 There have also been a number of additions on the gaming side, now played out on 5 reels with 243 ways to win. There are jackpots on offer, although some players have deemed the jackpot to be smaller than they would have hoped for.

As you would expect with a 7 year gap between the games, Thunderstruck II represents massive progress with graphics, audio and even gameplay. The thing is, the original game never really relied on graphics to grab the attention, it was the gameplay of the original which came to the fore and this is something that the follow-up has tried to adhere to. Microgaming have had to walk a narrow path, meeting the needs of original fans while ensuring modern slots players will take to the game. 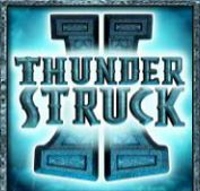 The Thunderstruck II logo acts as the Wild Symbol for the game and it has the ability to substitute for all of the symbols in the game, apart from the hammer of Thor.

The wild symbol is also not available for use in the Wildstorm feature, which is a feature triggered at random throughout the game. This random feature provides players with one free spin and the opportunity to benefit from up to 5 reels turning wild. 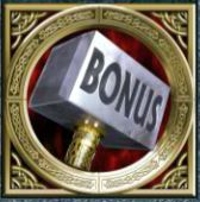 Most players will look out for the Great Hall of Spins bonus round in Thunderstruck II as there are a number of free spins up for grabs. To make your way to the bonus round, a player needs to collect a minimum of three bonus hammers.

There are four different levels to look out for in the bonus round and players can gain access by making their way to the bonus a certain number of times. 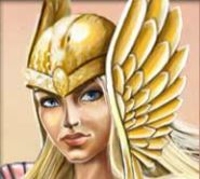 On the first four times you enter the bonus round, you engage with Valkyrie. This provides 10 free spins and a multiplier of 5.

What’s more, these can be re-triggered. 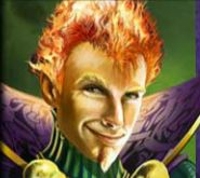 Between 5 and 9 features, you engage with Loki and there will be 15 free spins on offer.

There is also an additional feature, the Wild Magic feature, which will see these symbols on the third reel transform into extra wilds. 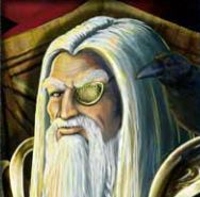 The Odin feature arrives for the 10th to 14th trigger and there is where players receive 40 free spins and the Raven can transform symbols into a 2x or 3x multiplier.

If a player picks up both of the ravens, the multiplier becomes a 6x multiplier. 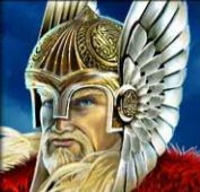 The final feature, which comes at 15 and all additional triggers, is the Thor feature, and players receive 25 free spins. The multiplier can rise up to 5 times.

There is a memory feature in the Great Hall of Spins so returning players can continue from where they left off.