OK, so the name’s nothing too special – but this ‘modernized’ version of the original game offers a tremendous increase in graphics quality, alongside providing some well needed change. (The original has been out for years.) 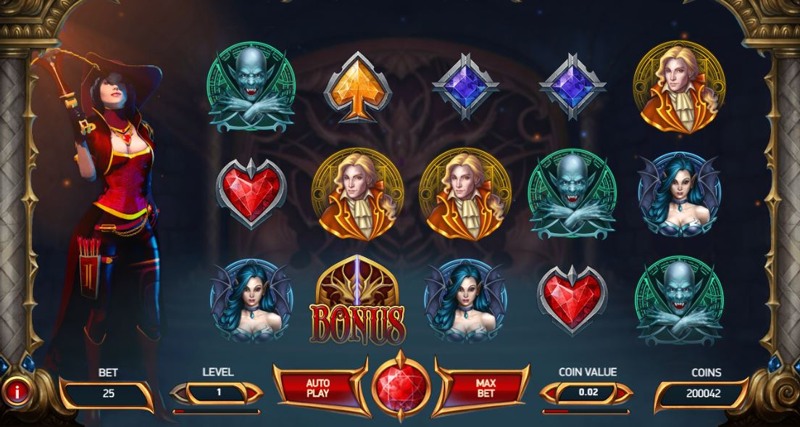 Like many of Net Entertainment’s newer games, Blood Suckers 2 uses playing-card suits (Heart, Space, Club, and Diamond) as the low-paying symbols, with the high-paying symbols including Vampire Hunters, Demons, scatter symbols, and a wild.

Much like the original, Blood Suckers 2 offers some great features – four to be precise – and two of these are random, in-game features (the Scatter Shot and the Bonus Shot), with the other two requiring specific scatter symbols in order to trigger it. 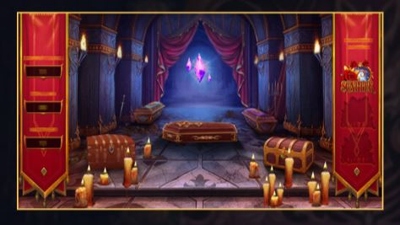 The “Hidden Treasure Bonus” is the first of two main features, and in order to trigger this, you’ll need to land three, four, or five of the bonus scatter symbols anywhere in view. Once you manage to do so, you’ll be taken to a new screen, where you pick from coffins and chests to reveal coin-prizes, scatter symbols (for entry to the free-spins), key symbols (which take you to the next level), and the demon (which then ends the feature.

If you uncover the key symbol, as stated, you’ll move forward to the next level, and this offers increased cash-prizes, again, alongside scatter symbols, the demon, and another key. There’s five levels in total, and if you make it to the last level and manage to pick the key symbol, you’ll instantly win a whopping 670X your stake, making for a very healthy bonus-round indeed! 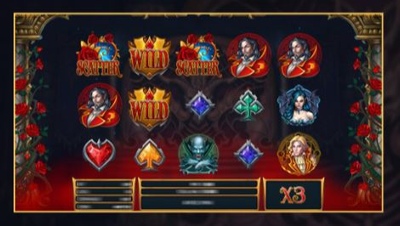 The biggest attraction of Blood Suckers 2 is the free-spins round, and this is triggered by landing three, four, or five of the scatter symbols anywhere in view, or by gaining entry from the “Hidden Treasure Bonus”. During the free-spins round, all wins are multiplied by 3X, and while there’s no special Wild Symbols or randomly-triggered bonuses, it’s possible to win up to 1,298X your stake in the free-spins… making it a (potentially) HUGE paying bonus!

As with most Net Entertainment games, you can also re-trigger the feature, simply by landing another three, four, or five of the scatter symbols during the bonus itself.